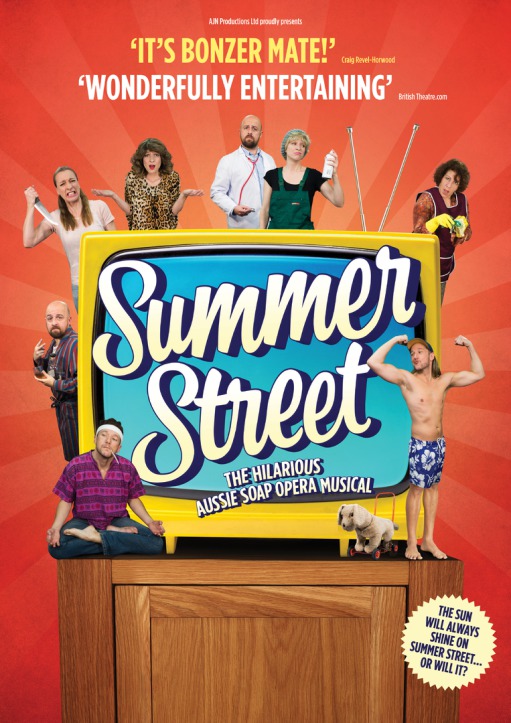 The show is heading to the Brighton Fringe 2019! Watch this space for news of our crowdfunding campaign and lots of other fun stuff!

Take a trip down memory lane to the 1990's and the heyday of the Aussie Soap. Four soap stars of yesteryear try to resurrect their failing careers in a come back TV special with more than a few surprises! But just how much are they prepared to pay for fame? Packed full of pastiche songs and nostalgic fun, the sun will always shine on Summer Street!

History Of THE SHOW

Summer Street has been in development for 10 years and has received several workshops, read throughs which culminated in a successful concert performance in November 2016. From the very first day Andrew, the writer and composer put pen to paper (well finger to keyboard), Summer Street has developed from a series of comedy sketches, funny characters and silly names into a full scale, original musical comedy. 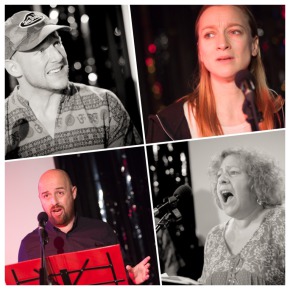 The show received its first script-in-hand concert performance at The Old Red Lion Theatre, London on 21st November 2016 with the following cast: 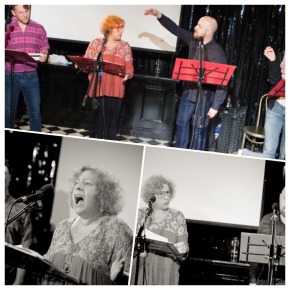 "Wonderfully melodic, strongly rhythmic and engagingly structured, the musical numbers in this score are its greatest glory." - Julian Eaves, britishtheatre.com

"The ‘real’ actors, all rather pathetic figures, engage our sympathies in ways that their pasteboard soap roles never could: and it is perhaps the most enduringly imaginative aspect of the show to make us care for the unexpectedly unglamorous, disappointed and humdrum actors whose doom it was to assume these tawdry parts in a deservedly forgotten daytime filler." - Julian Eaves, britishtheatre.com

What Is Summer Street?

images from the first concert performance

History Of The Show

Summer Street started life in 2006 as a right royal mickey take of the the Australian soaps of the 1990's. It was, at that stage, a juke box musical using songs from the pop acts of the era. It was fun, silly and entertaining but it soon became clear that the characters in the show had another story to tell; the story of fame, celebrity, money and supermarket openings! In the 10 years since that first draft, Summer Street has grown into a fully fledged, original musical packed full of pastiche musical numbers, satirical soap scenes and most of all heart.

Highlights from our workshops

Michael Cotton sings 'Don't Give Up' from Summer Street